DREAMS ABOUT SNAKE AND VIPER

Snakes and vipers are usually a phallic symbol (It represents a man, fertility, motherhood, virility or sensuality, depending on who dream). Although in some cases it has to do with the fertility of the land, with the maintenance and the life force.
If the snake bites us, it relates to a gossipy and unreliable person who can get to cause problems, but it can also mean that there is a danger that we get carried away by our baser instincts (In the aspect of sexuality). 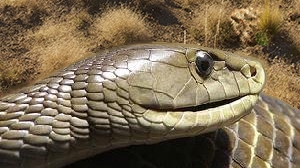 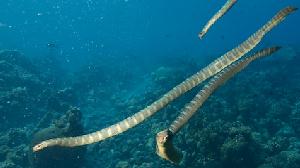 
- If the viper or snake is ANGRY, means that something is wrong in our lives.

- If you see a snake or viper ON THE BED (In the case of women) indicates a next pregnancy.

- If we dream of a snakes BITES us means that gossipy person is causing us harm.

- If we dream that a snake BITES TO ONE OF OUR LITTLE CHILDREN, this is a tip that tells us that we should not leave our children to the care of untrustworthy people, but can also represent a person who is trying to invent gossip about our family.

- If we dream that a snake BITES AND KILL ONE OF OUR BROTHERS means that we must be very careful with a gossipy and insidious person, because it can cause that something finish very bad, such as a relationship, friendship, work, business and so on.

- If a woman dreams of a BRIGHT AND OILY snake stares at her, it means she should know that someone like her and feel desire for sensuality to her.

- If a woman dreams of a snake between a lot of CLOTHING, or between her clothes, it means she wants the opposite sex to notice her more, but at the same time, the dream tells her to be careful since there is a gossipy person who could use it to speak ill of her.

- If a woman dreams that her bedroom is very COLD, but suddenly a snake gets into her bed and instead of attacking it gives heat, that means it has lately been very lonely (No partner nor boyfriend), but soon someone came into your life.

- If we dream that a snake bites our DOG, represents someone who wants to antagonize us with a friend or with our love through gossip; But if in the dream we notice that the snake is not poisonous, it means that it canīt cause us much harm.

- If in the dream we see the EYE OF A SNAKE OR OF A VIPER, tells us to look more like things are in this world or in some medium, (For example: In several countries, the demand of Amparo, serves to sue judges and corrupt officials, but although it may prove to be effective, this type of lawsuit seeks to compel the authority to correct something or to do what they should do; but usually not punished, except in extreme cases, so in this case we ask that oblige the authority to do what they should and should not focus on the sanction, in order to be successful, because although it would be fair to also be censured, sometimes it is better to adjust a bit to the system).

- If a woman dreams that a snake COILS IN HER FEET, it means that there is a man who tries to conquer her, and who does not care about anything, for example, someone who does not import if she is married or not).

- To dream that a horrible snake is our FRIEND, is a tip that tells us to move away from bad friends, for example: Friends who may seem nice, but in reality are A bad influence and can get us into many problems.

- To dream that we killed a snake that wanted to bite us, and that when it dies INFLATES IT, represents a gossiping and insidious person who could not achieve its purposes and that everything turned out bad.

- If we dream that a snake gives us LASH WITH YOUR TAIL, means a person who is trying to humiliate us by gossip or hearsay.

- If we dream about MANY SNAKES or a vipers indicates that soon we will have prosperity and good fortune.

- If our dream has a negative context and we also see a MARINE SNAKE represents our displeasure and / or negative emotions towards a gossipy and insidious person.

- If in our dream we see a RATTLESNAKE has the same meaning as a normal snake, unless the dream focuses on its rattle, for example: If we dream a rattlesnake shake their tail, it means that there is a close danger, it can also mean that we should avoid approaching people who are conflicting, because otherwise we can get into a lot of trouble.

- If in our dream we see someone we know and notice wearing SNAKE LEATHER SHOES (Any color except black), it means that person is well protected. But if the shoes are black, then, the dream tells us that it is a gossipy person and bad habits.

- THE SKIN OF THE SNAKE is associated with evolutionary changes may also indicate that we have reached a high level of knowledge.

- If a woman dreams a snake get in by her UMBILICUS, and is an unpleasant dream, represents fear of sex.

Animal:
- If in our dream we see an animal, meaning, the animal will see.
- An animal skin hanging on the wall of a room, means we want to have a better social position and get rid of something that causes us stress.

QUETZALCOATL:
- Means that we have found the right path, because the snake represents the earth (this world) and the feathers represent Heaven, ie, this sign represents the union of Heaven and Earth.
- Dreaming of a coin bearing the sign of Quetzalcoatl, it means that you have found the truth about something you wanted to know, and if the coin with the sign of Quetzalcoatl is silver mean you should not worry too much about the problems, because you have a special protection.