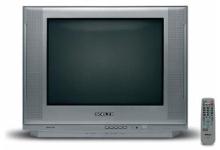 In most cases represents a danger, as when we see it off (If is bigger, higher the risk) or if we see something in it that has a negative meaning. In some cases it represents shyness and diffidence, as if in sleep we are just watching TV.

- If we are DIRECTING A TV SERIES means we have a tendency to try to dominate others.

- If we are FILMING A SERIES means that sometimes we act with suspicion or resentment.

- If we dream that people FILMING A TV SHOW AND WE FLED from there to prevent to take us the camera, means shyness and distrust, this dream advises us to face difficulties with determination and resolve.

- To dream that we are watching a TV without signal or NO SIGNAL means distrust related to a difficult issue. This dream advises us to study more and get some help.

- If we dream that we were watching TV and we REMEMBER WELL WHAT HAPPENED IN THE PROGRAM, then we must search for the meaning of the things that we saw in it.

- Dreaming of a REMOTE CONTROL or to we have it, it means that we have control of the situation.

- If in the dream, we just SEE TELEVISION means shyness and distrust.

- To dream that we are watching TV and in it: Two SIX NUMBERS means to avoid difficulties, we must get rid of our timidity and determination.

- If we dream that we SWITCH OFF one TV (Especially if it's a large TV) with remote control, means that there is a serious danger, but also tells us that in our hands is the power to avoid it.

- If we dream that we are WATCHING A TELEVISION OFF means that there is a danger that happen a disgrace and if the TV is bigger, then the danger is also bigger, which advises us to be cautious, and even get an amulet for protection. And if the screen is off and dirty means which added to the danger, there is an issue that is not going well.

- If in the dream we are WATCHING TV WITH SOMEONE TO WE LIKE, means to that person also likes you, but we're both being too shy.

- If in our dream we see a WOMAN to are watching on TV that she WON THE LOTTERY, says that to avoid loss of money or property, we must put aside our shyness and begin to defend our interests.

- If in our dream we see the REFLECTION OF A ZOMBIE IN A TELEVISION OFF, means that there is a danger of a separation, but in our hands, the power to avoid it.