o understand a little better how the meaning of the signs, can be classified into four types of signs, this refers to the meanings that appear in the dictionary of dreams:

PROJECT: This is when we see that we have a quality or a defect in something else or someone else, such as when we dream of a mansion, which is a sign we can see our projects made, so if we dream mansion with a well-cared means that our projects will be made and is among the most luxurious mansion, represents more successful, we see our success is reflected by an object.

SYMBOL: Are things that mean things, for example, a white dog means something related to marriage, another example is the corn which means prosperity. In this case, everything is like a sign, the images signify certain things because they have a resemblance to that thing, as in the case of the dog: the dog represents the marriage, because the dogs are very loyal, and loyalty is a quality marriage, in the case of maize, it seems to prosperity, and that maize seeds are usually the result of a crop, such as when we say: reap what you sow.

CONTRARY: There are two types of signs contrary:

MEMORIES: This type of dream, is based on our past experiences, for example, you may on occasion have made a joke that brought us consequences, then, we can see an image in our dream that we remember that event along with something that is related to one thing that we are doing in this case the dream warns us that if we continue forward, something can go wrong, as happened to us in the past with the joke. Also it may happen that we are forgetting something important, then, the dream may show us something of the past or that happened in the past, but not reminded that it is important to keep in mind.

SACRED SIGNS: There are signs that have a religious significance or that are associated with things of religion, such as an eagle, which represents the divine will. An example of such signs, is: Like when we dream that climbed a mountain and we reached the top, in this case our angel tells us that we will succeed, reminding some of the prophets, like when Topiltzin Quetzalcoatl went up Tonacatepetl, Mohammed Mount Hira, Rama Mount Himalayas, Cuauhtlatoatzin the Cerrito of Tepeyac, and so on (In all religions mentioned a sacred mountain). Since all of them succeeded in their mission.


CLASSIC TALES: are a valuable source of information, because they derive many of the symbols we see in our dreams, for example: To dream of a shoe, one, reminds us of the story of Cinderella, in which the protagonist goes to a party where she meets the prince, but Cinderella must return before midnight, because at that time, weaken the magic, then happens that she runs the palace, so that leaves so fast, she drop a shoe, that later the prince use to find her, hence a shoe relate to a probable compromise and depending on its features you can find yourself more details, so that if a used shoe represents a divorced person, but if the shoe is new, then, represents a single woman.....

FILM: The film is a source of information as are the classic tales, especially in what refers to famous films, for example, to dream about Freddy Krueger, representing the desire to take revenge, that is, when the dream just see Freddy Krueger is that desire, for the reason that the story of this film is about Freddy was a child molester, but the point is captured by several people and burned alive, so Freddy returns in spirit through nightmares revenge for what they had done to him.

Hence, not Needless to say, the argument is very important to find many meanings, since the history we are living in a dream (What happens in the dream), often related to the plot of a movie, tale, a story or something that happens to us in our waking life (but with other characters or some changes), as another example: If we dream that suddenly we Naked future and we walked into a shop to steal clothing to wear, we may remember a scene from the movie "Terminator," where Kyle Reese reaches of the future in a time machine where you could only go naked, but the first thing it does is steal your pants a tramp, a moment later, he manages to enter a shop where all kinds of clothes and take a raincoat and a Nike shoes, so that although at first he could not choose, because the pants Tramp was in very poor condition when it reaches the store, choose the best or most appropriate to carry out its mission (A raincoat to hide a weapon, and a Nike shoes, because the film tries to give the idea that they are the best shoes). So in this case, if we analyze the idea of the scene and compare it to our current situation, we can easily deduce that the dream has to say that to carry out our purposes, we choose things or most appropriate options, implying that we are in a time where we have or will have a chance to choose the best and most appropriate. Another case: when the dream shows us a scene that reminds us, something we live in our waking life, but with new characters, so if for example, in our waking life have a cousin, nephew... with a disability or syndrome, and dream that someone in our family has a baby with a malformation but despite that we love so much, is referring to what happens to us in our waking life, but in the dream shows us the changing some people and places, so the dream is telling us that we love our cousin or nephew despite their disability or syndrome. 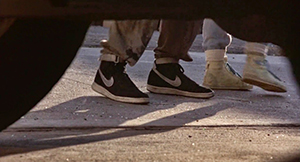 MAGIC: Magic is another source of symbolism, since it came many of the signs that we see in dreams, so that the same meaning may have something in magic or in witchcraft, have the same meaning in dreams, as is, for example: "a doll", as it reminds us the famous voodoo dolls, which sorcerers often stick pins to cause pain or difficulty to his victim, just as if our dream we see a doll (From the same sex), what happens to the wrist will happen to ourselves.

HISTORY: The history may also provide us with valuable information for the interpretation of dreams, to better explain, narrate the following example:

- If in our dream we see Hitler looking at a map and it is a dream in black and white, it means that we are depressed because of that we have failed to get even, and the reason is because, although we have many resources, we have failed make a good strategy. (This dream advises us to think things through, and that revenge is not good and can only be justified in a judicial process and in order that the offender will not continue hurting others). This meaning reminds us of the time when Hitler invaded the Russian Empire, the fact is that the territory of Russia was very extensive so he decided to invade through two armies, but when one was coming to Moscow (The Russian capital ), although they had tanks that were almost indestructible and far superior to the Russian technology, it happens that decide to wait for the other army the order to attack reached the Russian capital with everything but the point is he made a mistake strategy, but as the other army managed to reach, also I came the winter and when they advanced towards Moscow, tanks got stuck in the snow and the Russian tanks turned their back shooting for his only weakness, which was the back (Since ahead were 10 centimeters (3.3 inches) wide, making them impervious to at the time, but the back was half thick, so they could be destroyed by shooting from behind), so if We remember that history will know that Hitler made a strategic error that led him to defeat even though it had a superior technology to his opponents, plus the fact that one of the main goals in life Hitler was always revenge.

SYMBOLS IN DISORDER: There are times when the symbols appear in disarray, so to accommodate differently we can find a more coherent idea, for example, if we dream that we went in pairs, we with our partner and a friend with his couple, maybe, what happens to our friend with your partner is applied to him, but could also apply to us, so we must consider both possibilities, especially when a dream seems pointless (That is, if you first try to apply it to our friend, but we do not find sense, then, we must consider the second possibility, that is, that could be interpreted to ourselves). Another case is, if for example we dream that we are in a pool and we see that someone is teaching swimming to children, the point is that a child may represent a dangerous enemy, and might think that means there is some enemy who still It has a lot to learn, but it can also mean that those who still have much to learn we are ourselves, especially to prevent our enemies continue to cause us problems; so it is important to consider our current situation, there is no doubt.

THE WORD GAME: Another point is that sometimes a dream can be a play on words.

Finally, it is not worth mentioning that sometimes symbols can also be a play on words and that sometimes a dream can have two or more meanings at the same time.