Dreaming of a rat tells us there is something that gnaws at us, but when we try to kill, the rat attacking us, we see died, we see it run over, or is accompanied by signs that have to do with fighting, gossip, bad feelings, etc., represents a very annoying enemy.

- If in our dream we see a BLACK RAT, represents an evil person who usually make life difficult.

- If we see rats CAME OUT OF THE CARPET, and try to attack us, means it is likely that we can live well on the economic terms, thanks to our work or future work, yet we earn new enemies. What we advises caution.

- If a mom dreams that CAME OUT RAT OR THE CARPET AND ATTAKED HER SMALL SON, means that getting a job can help her live better in economic terms, but also your child may be at risk to be left to people who are not entirely reliable.

- Dreaming of a DEAD RAT, tells us that we have a chance to beat an enemy permanently.

- If you dream of a rat out of a DRAIN, says that could have caused violent fights accompanied by an enemy.

- If in our dream we see a DROWNED rat represents a very annoying enemy that we won.

- If we dream that EMBRACE a rat, tells us to beware of relationships based on mistrust and disloyalty.

- If in our dream we see a drowned rat, but when we approached the rat, many FLIES OUT OF IT, represents a very annoying enemy that we won, but also tells us that there may be reprisals, for example: gossip.

- If you dream that a RAT GETS INTO OUR BODY, say us that there is something evil around us, which we are advised to be cautious in what we do or try to do.

- If you see a RAT GIVING BIRTH, means that we have an enemy who is carrying out a plan or a ploy to try to steal something important, or to try to harm us in any way. - Dreaming we found a rat IN THE KITCHEN and tried to kill it with a broom, means that we are trying to end an issue that gnaws at us and we were not allowed to proceed.

- If you dream of a rat RUN OVER AND DEAD, mean that we have the chance to beat an enemy permanently, but also tells us to be cautious, as there is a risk that the enemy was so concerned that I even appear to have committed a violation. 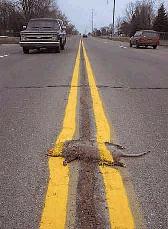 - If you dream that a RAT STARING US represents a person who is planning to rob or hurt us in some way.

- If in our dream we see a rat out of the TOILET, represents an enemy who returns to continue making life difficult, it can also be someone who thought they had ceased to make life difficult, but it really only took a break or just calmed for a while, so we must be very cautious and be prepared for the worst.

- If someone married, sees in his(her) dream to his WIFE(HUSBAND) sleeping in bed, and next to a rat, it means that someone is trying to steal or to seduce his(her) wife(husband). What advises you figure out who it is and put a stop to that.

Mouse:
- Dreaming of a rat or a mouse, means that there is something that gnaws at us, if we dream of a mouse means that anxiety that gnaws at us is not as strong, but in the case of dreaming of a rat, anxiety means is higher. In both cases it is important to try to fix the problem.
- Dreaming we found a mouse in the kitchen and tried to kill it with a broom, means that we are trying to end an issue that gnaws at us and we were not allowed to proceed.
- If we dream of a cat that eats a mouse, signifies the end of a problem.
- If a married man, dreams of a mouse to roe pierces the dress or skirt of his wife, means adultery.
- If a married woman, dreams of a mouse gnawing or pierces her husband's pants, means adultery.